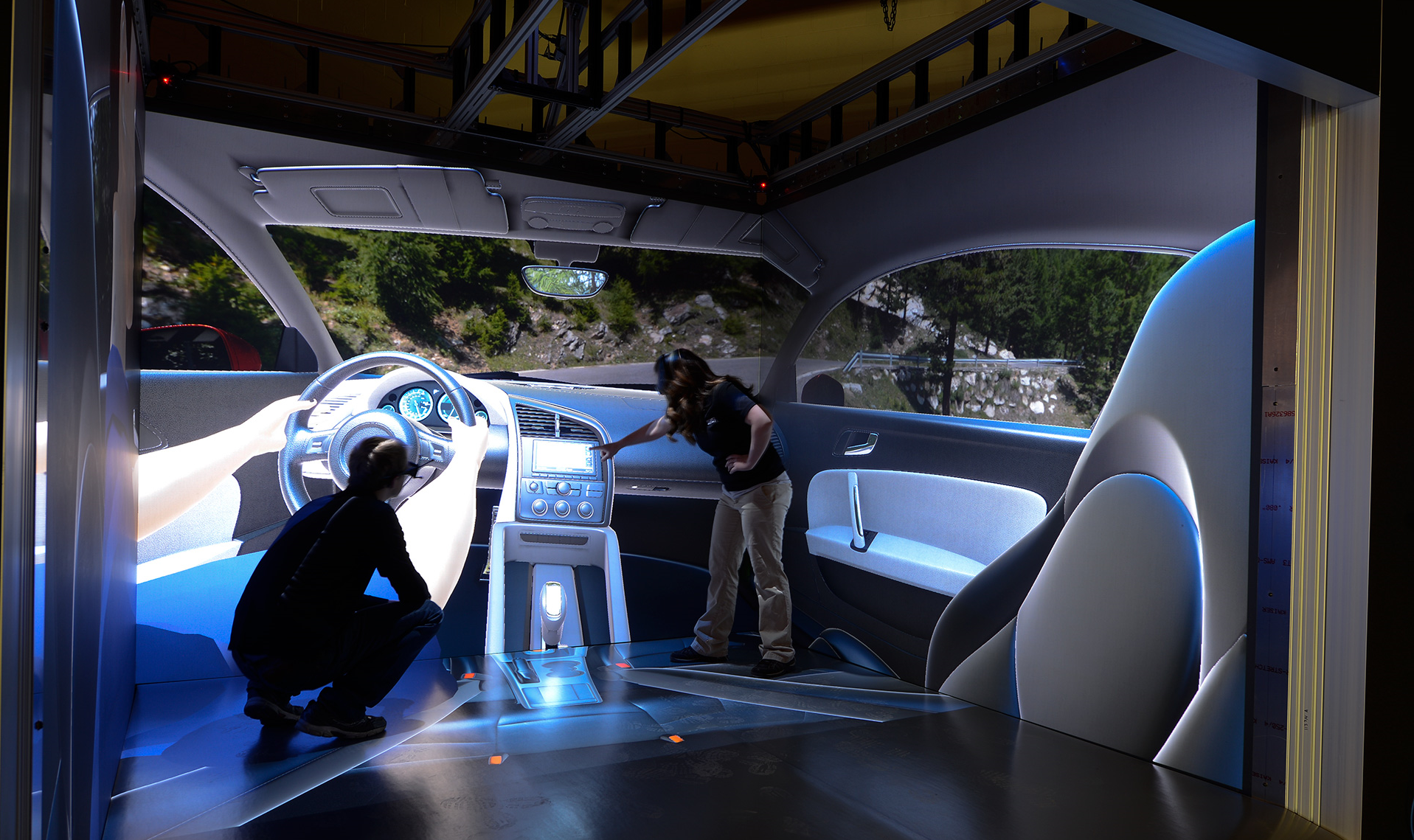 Do you need an immersive experience to better evaluate your organization's data? It might be time to consider a VR Room system.

Frequently used by design and engineering teams, VR Rooms are multiple-sided, virtual reality environments where single or multiple users are immersed in a real-time, rendered 3D environment. VR Room Systems are popular with users who need to closely examine data because they provide a lifelike virtual reality experience and level of data analysis unmatched by any 2D screen.

The unique advantage of VR Room systems is a complete sense of immersion that makes the user feel like they are working with the actual model being evaluated. In automotive design and engineering, VR Rooms can streamline go-to-market capabilities for companies looking to perfect their product when considering the tooling process and development of prototypes. But design and engineering aren’t the only uses for VR Rooms. The consumer goods, education, arts, and medical sectors have also found value from these unique immersive systems.

If you’re considering a VR Room for your organization, here are a few things to consider:

What industries can benefit from VR Rooms?

Put simply, anyone who needs to “get into” or immerse themselves in their data set can benefit from a VR Room. The most common applications are in design and engineering departments. Ford Motor Company, for example, leverages virtual reality in its Ford Immersive Vehicle Environment (FIVE), where users can view its car models in full-size and collaborate with colleagues across design, engineering and manufacturing teams.

The consumer goods industry has also leveraged value from VR Rooms. Procter & Gamble uses VR Rooms to design consumer products and simulate store shelves, even to the point of recreating a Virtual Store to test how a shopper reacts to store layouts, and packaging design.

Although VR Rooms have many commercial applications, users do need to run software designed specifically for VR Rooms in order to maximize the system’s value. For example, it wouldn’t make much practical or financial sense to run your Windows desktop or PowerPoint files within a VR Room.

Do you have space?

Typically, VR Rooms are rear-projected, which means the image is projected onto a translucent screen for viewing. This means you not only need space for the user but also space behind the walls of the VR Room for three to four projectors. In practice, a 10-by-10-foot VR Room might have a 30-by-20-foot footprint.

Is it in your budget?

Unlike PowerWalls, which rely on high levels of brightness, too much brightness in VR Rooms can wash out images, which means VR Rooms may use less powerful projectors. However, since they require multiple walls to create an immersive experience, VR Rooms use more projectors: four to a PowerWall's one. While costs vary, a VR Room can cost two to three times more than a PowerWall, depending on an organization's needs.

Do you understand the supporting technology?

VR Rooms don’t stand alone. You need additional technology to leverage the environment to its full capability. Primarily, this means a tracking system that uses sensors to adjust the data and image to maintain perspective. Increased bandwidth and power are also common requirements, especially because running a VR Room too slowly can cause motion sickness in users.

If you’re considering integrating a VR Room into your organization, IGI can help deliver an enhanced solution based on your exact applications, specifications and budget. IGI is an industry leader in the complete integration of ultra-high resolution advanced visualization systems, including PowerWalls, VR Rooms and Virtual Reality. We boast 20 years’ experience in the advanced visualization industry managing all levels of AV integration projects.

Contact us for a consultation to learn more about how your company can realize the operational value of advanced visualization for your audio visual display needs. 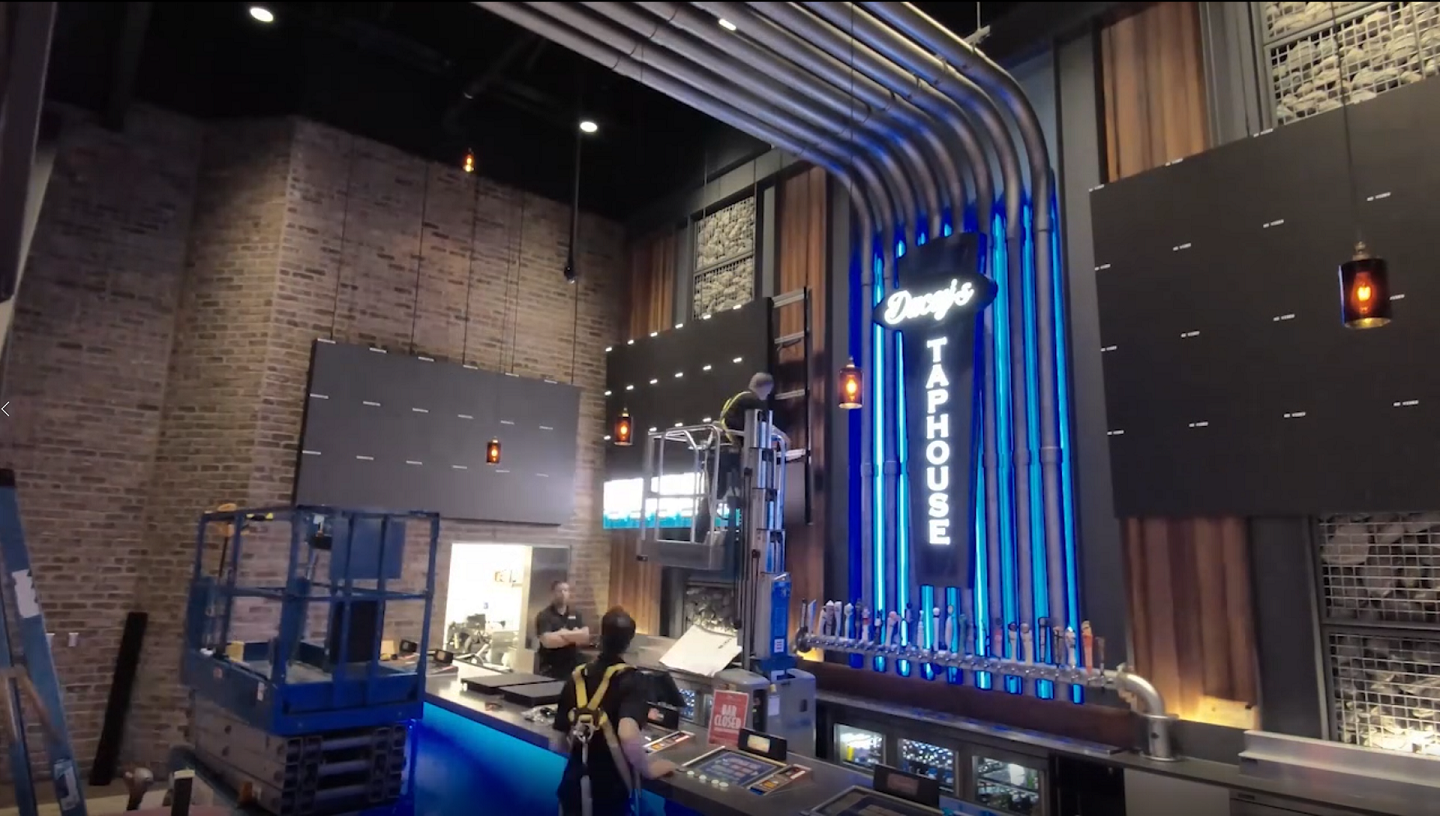